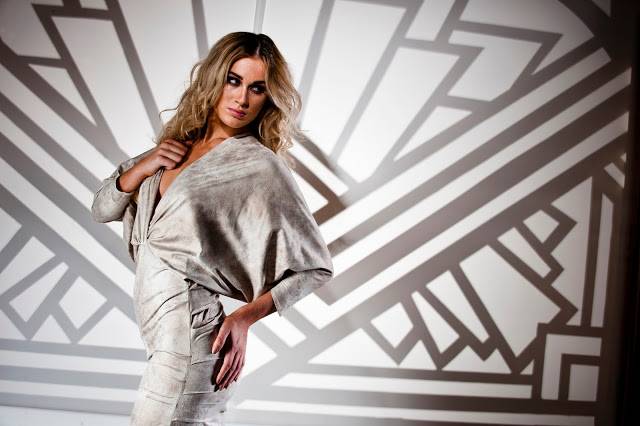 Amongst fashionista’s in Northern Ireland, the name Kevan Jon has quickly become the go to label for anyone wanting that wow look. From FASHIONWEEK Director Cathy Martin to models Rebecca Maguire and Tiffany Brien, many of NI’s most stylish and well known women have been spotted wearing his designs. He instinctively knows how create silhouettes which are effortlessly chic and glamorous, that show off a woman’s curves in the best possible way, and his new collection is better than ever!

Kevan, who creates super flattering dresses for socialites and party-goes across Europe, visited Belfast in February to a sold out show and ‘wowed’ the stylish crowd with his Spring and Summer 2016 collections. Thankfully Blush has secured a second date with highly sought after designer Kevan Jon, and he shall be returning to on Sunday 13th November for another stylish fashion luncheon in CoCo restaurant!

On his return he will showcase his Christmas collection and treat guests to an exclusive sneak preview of his Spring/Summer 2017 pieces. The exclusive showcase will take place over cocktails and a three course meal at Coco restaurant and is hosted by Blush Boutique’s Aileen Wilson, who is donating all proceeds from the day to Autism NI, a charity close to her heart – and to her family.

As well as the intimate fashion show, there will be an opportunity to hear from the man himself on his inspirations, fashion icons and all things glam, as well as pre-order from his stunning new collection. His designs have featured regularly on the catwalk at Belfast FASHIONWEEK, and have been snapped at several red carpet events.

South African born, but of Irish decent, Kevan is one of the UK’s most exciting designers and a Blush favourite. He is hailed as the designer for real women and, as his designs are highly coveted his return to Belfast will see fashionistas flock to the event. Already demand for places is high, with the luncheon being a key event in the fashion dairy this Autumn, with early booking advised.

Asked about the upcoming event Kevan said: “I am very excited to return to the fashionable city of Belfast. I had such a wonderful time on my last visit, everyone made me feel so welcome, and it was fabulous to see so much interest in my designs.”

Aileen Wilson, Fashion Director at Blush, said: “Kevan’s designs are such a favourite with our customers and he has quite the following now. But on a personal level he is also such a gentleman and inspirational designer who just ‘gets’ women, so we are thrilled to work alongside him and have him back”.

Tickets for this exclusive event are £37.50 and are available directly through Blush Boutique on 028 9066 1101, or via email at:  ask@blushboutique.co.uk
Proceeds from this event will be donated to Autism NI.

Massive thanks to Sarah-Jayne for press release and all relevant imagery.